Tura is mainly occupied by the Garo tribes. It is located in Garo hills, tura is a hilly region inhabited by the garo people mainly .Other ethnic groups are found along with the Garos, Bengalis, Nepalis, Hajongs, Koeches are the most prominent ones to be found there. Christianity is the main religion of which 90% of the population follows. The Garos are largely baptized and they follow a matriarchal and matricidal society. Garo has a culture that is very different. It differs right from food, clothing. lifestyle,traditions, religion,festival etc.

The history, Geography and economy of the Garo people are also very different. their geographical condition is very hilly terrain while their history and economy says a lot about the people.

Food is one of the specialty included in their culture. The most popular food is the traditional food which is  boiled rice, pork, beef, chicken and a variety of dry fish. Along with this there are also delicacies like Nakam Bitchi which is made out of dry fish, onion, chillies and soda. The other prominent food is Wak Pura made out of pork with crushed rice. 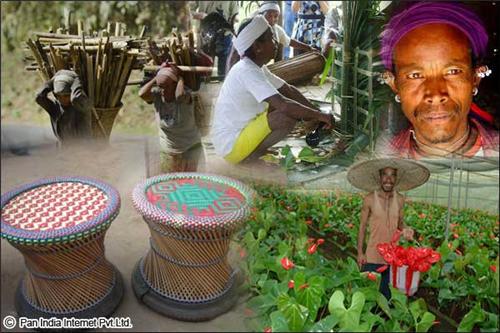 Wangala is one of the most prominent festival which is also one of the biggest festival for the Garos.  It takes place annually with a showcase of 100 drums. This is usually celebrated in a place called Asanang, which is 30 kms from Tura. Both men and women are dressed in their best traditional attires. This festival along with Christmas and Durga Puja are the most prominent one locally celebrated.Majority of the Garo people are christians. They have been following Christianity since the time the British have brought Vhristianity in their place.